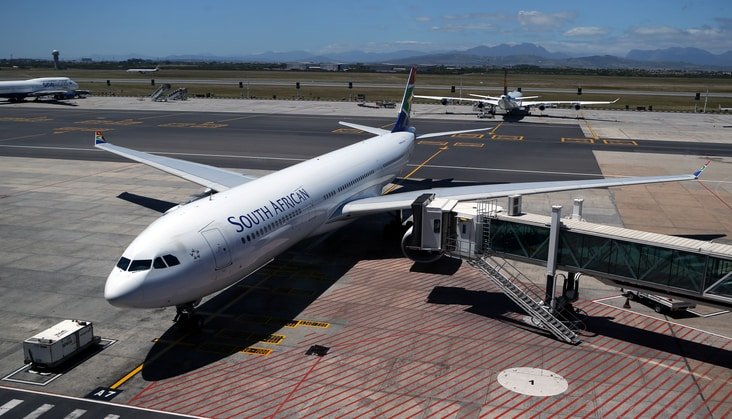 South Africa’s finance minister Tito Mboweni has repeated his call for South African Airways (SAA) to be shut down. The reality is that the country can’t afford to let its flagship fail. Mboweni said on November 19 that there is no way that SAA can be fixed and that it would be better to close it down and start a new airline. But a collapse of SAA would be “a shock to both the economy and the population, as well as the perception of state-owned enterprises (SOEs) in general,” says Indigo Ellis, head of Africa research at Verisk Maplecroft in London. SAA has not made a profit since 2011 and is without a permanent CEO. A week-long strike this month led SAA to cancel flights and cost the airline more than 50 million rand a day. The airline said on November 22 that it reached agreement with unions to end the industrial action. SAA capitulated on a layoff plan and agreed a pay increase of 5.9% retroactive to April 1 – a deal which it says it can’t afford. Letting the airline fail could empower the unions to take an even harder stance with regards to other proposed SOE restructurings, such as Eskom – the last thing the Ramaphosa administration needs, Ellis says. But further bailouts are “hardly an option” in the face of rising deficits and debt servicing costs, she argues. Mike Schussler, an economist in Johannesburg, does not expect the airline to survive. “SAA as we know it will not be around in a few years’ time,” he predicts. The company cannot be sold as it has nothing but debt, some landing slots, some spares and a name, he says. “There can be parts that survive . . . but overall they are gone.” National flag carriers historically weren’t intended to make money, but were designed to promote a country’s image. This is something that the unions understand – and private investors know it too. Hungary is often given as an example where allowing the national airline to fail created space for new, private-sector entrants like Wizz Air. But South Africa is much more geographically isolated than Hungary, and needs to maintain long-haul flights, for example to Asia, which private airlines may not find profitable. And in South Africa’s case, it would not be possible to let the airline fail in a vacuum. The academic Sean Gossel at the University of Cape Town has argued that a SAA default would expose the country to other state enterprise debts, estimated at $23 billion. The loss of SAA would be “a blow to national pride and have ramifications for industries and service providers tied and/or closely associated with it,” says Fabian de Beer, director of investments at Mergence Investment Managers in Cape Town. The ability of the government to keep bailing out the airline “is becoming limited and if conditions remain tough or worsen, it may be unable to do so,” De Beer says. “A wellstructured plan to aide and nurture SAA to health over time has become critically important. “For that, he says, private capital and/or other financial aid, coupled with much improved governance and management are necessary. Mboweni has said that it’s unlikely that SAA will be able to find a private-sector partner. That looks like a political bargaining stance in the context of an industrial dispute, rather than a statement of reality. The need to keep SAA afloat may create an opportunity for private interests to enter on advantageous terms. Expressions of interest have taken place without the government doing anything visible to encourage them. A public-private partnership is a possible outcome, De Beer at Mergence argues. Ethiopian Airlines CEO Tewolde Gebre Mariam has said that his company is open to taking a stake in SAA. Richard Branson said this month in Johannesburg that Virgin Atlantic would “definitely” consider investing if the government approached it. Bottom Line: South Africa needs to focus on marketing its airline to potential investors rather than claiming it can’t be fixed. Source: BBC News