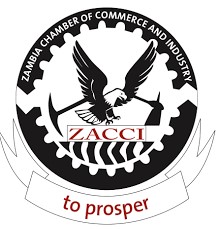 The Zambia Chamber of Commerce and Industry (ZACCI) says the country needs to urgently develop a liberalised and single licence regime across economic sectors to boost industrialisation and economic growth. According to the Business Licensing Reform programme committee of Private Sector Development, the country has a number of licences that undermine growth of businesses. ZACCI president Chabuka Kawesha said in response to a query that nothing can stop Zambia from becoming an indsutrial giant. Dr Kawesha said there is need for all implementing arms of Government and agencies to walk President Edgar Lungu’s economic talk. “ ZACCI is concerned over the many false –starts we keep recording in re-industrialising Zambia. The slowed pace of full liberalisation across multiple economic sectors, the retention and re-introduction of multiple licenses in many investment areas and the seemingly continued exclusion of indigenous and citizen-influenced companies in mega infrastructure projects and supply contracts remains sustained,” he said. Dr Kawesha said the deliberate structuring of policy that promotes affordable capital and liberal human resource engagements models should be the cornerstone for re-industrialisation. Source: Zambia Daily Mail.