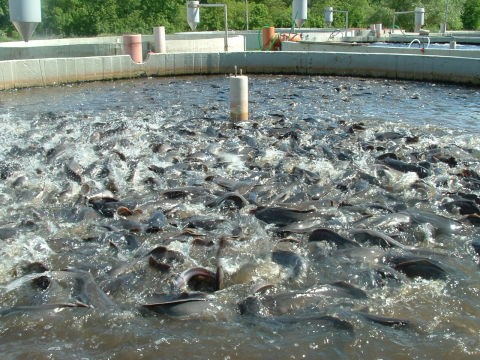 Over 890 applications have been approved in the aquaculture sector which has received K168 million from the African Development Bank and Zambian government.  Ministry of Fisheries and livestock acting director of aquaculture Alexander Kefi said the beneficiaries have already started receiving funds to start producing fish, fish feed, fingerlings and marketing. Dr. Kefi said during a zoom meeting dubbed “Promotion of Livestock and Fisheries in Covid-19 Times, on Tuesday 11th August 2020 that government wants to develop the aquaculture value chain.  Aquaculture falls under agriculture which is among the pillars in the Seventh National Development Plan. Other Key sectors are tourism, manufacturing, mining, education, construction and health.  “We have also trained over 3,000 under the incubation programme through a three-month initiative and later linked them to the Zambia Aquaculture Enterprise Development Project (ZAEDP) funds with 78 percent of the beneficiaries being youths.  “Government has put in a lot of resources for farmers and individuals who are interested in venturing into aquaculture.  We are putting infrastructure in high potential zones so that inputs are easily accessed.” Dr. Kefi, who is also ZAEDP fund coordinator, said.

Government has secured US$58.8 million through ZAEDP with US$23.7 million going towards farmers who want to go into aquaculture or related activities.  Dr. Kefi said there is need to take advantage of the resources to produce more fish and reduce the 87,000 metric tonnes deficit.  He said the aquaculture sector has been progressing over the past two decades with production increasing to 38,800 metric tonnes annually.  “We are importing a lot of fish, last year, Zambia imported 95,000 tonnes worth over US$114 million. We do not expect the same this year. More people are taking advantage of the resources in the country coupled with the support from Government.” Dr Kefi said.  An entrepreneur Fisho Mwale said the aquaculture sector has been impacted by Covid-19 with some firms laying off workers.  Mr. Mwale said the lockdown in some countries has made some materials which are not available in the country scarce and expensive resulting in the cost of production rising.